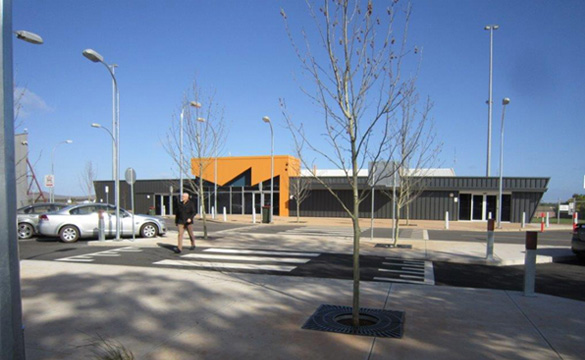 The Whyalla City Council realised that Whyalla would become a pivotal hub for the mining industry so prevalent in areas adjacent to the area, in particular the magnetite deposits discovered at the old iron ore deposits of Iron Knob and Iron Baron amongst others.

Wilde and Woollard was engaged in 2012 to provide Cost Planning services to the project at a very early stage of concept documentation. This service was extended in 2013 to provide further redesign concept estimates in an attempt to reduce the end figure. This was achieved, and a subsequent Design Documentation phase followed.

A Pre Tender estimate was provided, at which stage substantial additions had been made to the redevelopment of the car park which rocketed the probable end figure, however this was sanctioned by the council.

The project was completed within budget, and is an outstanding improvement on the old terminal.